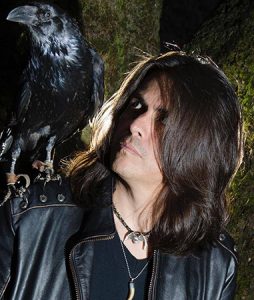 FAN OF THE MONTH

Bernd: First introduce yourself, where are you from, how old are you, things you think the world needs to know about you and what was your first contact with Heavy Metal Music?

Juan: My name is Juan Luis Vazquez Chavez, I’m from Toluca in Mexico State. I am 45, I was born on June 11th in 1972, I am a really quiet guy, I started to listen Kiss when I was 7 years old, in 1979 when “Dynasty” was released. From 7 to 10 years old I only listened to Kiss and Queen, then at 10 I started to listen the classics, Iron Maiden, Black Sabbath, Scorpions, Judas Priest, Deep Purple, Motörhead. I listened also Plasmatics, Van Halen and AC/DC.  Then at 12 I listened to Accept, Ratt, Mötley Crüe, W.A.S.P. and Twisted Sister. When I was 13 In 1985 I started to listen Metallica, mighty OVERKILL, exodus Slayer, Helloween, Venom, Anthrax, S.O.D. and that was my real contact with Metal Bands.

Bernd: Your first concert was?

Juan: My first concert was at 12, a Mexican band called Linx, then I went to Guadalajara to see Bon Jovi in 1990. But the third concert I attended was Overkill in 1992 in the “Horrorscope” Tour, and that really changed my life forever, what a concert, what a fucking energy, what a fucking band!

Bernd: Your ten favorite CDs/Vinyls are?

Bernd: Are you a collector from CDs, shirts and so?

Juan: Sure I am, I lost count when I get to 2000 CDs, then I stop worrying about how many I had, t-shirts and hoodies. I had a lot also, I’m not sure how many vinyls I have now.

Bernd: I know you have a band with the name Nightmare, tell us about it, who is with you in that Band?

Juan: Hell yes, my band is called Nightmare. At the very beginning I recorded the CD alone, I did guitars, bass guitar, voice and one of the hidden tracks. I recorded drums (the easy one ) Hahahahahahhahahaha, a friend of mine recorded some guitar solos, he is also my producer. David Guerrero, another friend of mine recorded bass guitar in one song that is called “Melodic Agony”, and a guy from Mexico City recorded 2 guitar solos, “UTFOH” and “Un-Dead”, his name is Ed Good. Now I’m planning to rehearse with 2 new guys which are now in the Band, Alex Batra and Hector Rodriguez, hopefully some small venues late this year. 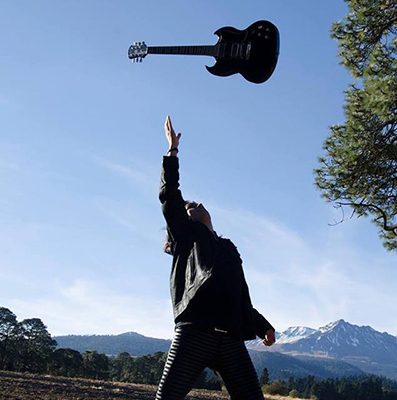 Bernd: And i know you are a great Overkill fan. Do you have a good Overkill story for us?

Juan: Indeed I am!!! I started to listen to Overkill since the very beginning on the “Feel The Fire” album, but the first time they came to Mexico was until 1992, it’s a bitch I know, what are you going to do? Right? Second time they came to Mexico. It was the “I Hear Black” album time. I was at front row taking some pictures and then people started to do stage diving, I was knocked to the ground by someone’s knee hahahahaha. Then I got up and tried to get to the front row, but I could not do it, but again the energy was amazing. That day my brother Carlos took Booby Blitz to the people. When Bobby returned to stage he did not had his shirt anymore. In the confusion Bobby did not realize, the microphone cable was broken. It was at “Elimination”, hahahahah. Bobby thought his voice was on the PA but it was not.

2015 I went to San Antonio, Texas, and I realized that DD was in the same hotel I was. Then one of my vacation days I was walking in the street and I took some pictures with him, he thought I was a homeless person asking for some money. Hahahaha.

Bernd: Is there in Mexico a good metalszene, bands that Europe doesn’t know?

Juan: I’m not aware of Mexican bands, I think Mexican scene is not quite known, bands do not have any support of promoters or something, there are some good bands here in my hometown, like Desangre, but they never got out from Mexico, another good band is called Makina, but I’m not sure they are known outside of Mexico

Bernd: Do you travel to other countries for concerts?

Juan: Hell yes!!! I went to see W.A.S.P., in USA, Ian Guillan Band, Ratt, Metallica, Overkill, it is very expensive, but they worth any penny. I am planning to go to Germany on 2018, who knows, maybe I can see Overkill and many more bands.

Bernd: What was your finest hour, most beautiful experience with Heavy Metal music?

Juan: I think playing is the most amazing thing happened to me. I have the lucky life to know some cords and the best thing you can have is people’s love and care. One day a fan did for me my Nightmare guitar pics, and some of my Nightmare Items, another fan gave a small Juan Luis figure, then I realized that fans deserve all the respect an artist could  give them, as they live for you and always for you. Many good memories every time. I had the chance to play live. Last 2016 I had the chance to sing with Tim Ripper Owens in a small venue here in my home town, he is such a nice guy, he invited me to sing one Judas Priest song, I did not believe myself that night, you know? I’m not close to famous!!! I also had the chance to play with Bruce Kulick in 2013, life has been real good to me

Bernd: People who want to get in touch with you, where can they find you, on facebook or on a dirty, wild internet side?

Juan: Hahaha, they can find me in my facebook page Juan Luis Vaz, and I will make my Nightmare page and will let you know when I do it. If someone for any chance is interested in listen to Nightmare they can send me an inbox to tell them the cost and shipping costs

Bernd: The last words for that interview are yours!

Juan: Thank you very much, Bernd, for the chance to be interviewed, I really enjoyed the questions, maybe my answers are not what you expected, but that is me!!! And for all the people reading this article, never stop believing, dreams can come true, and some Nightmares as well. If you are not being as famous as you wanted, do not worry, this world is not always fair, but enjoy what you do every time you have the chance to do it. I’m a SICK MOTHER FUCKER, ROTTEN TO THE CORE !!!!